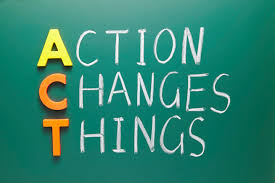 Want your teens to be more successful adults? Get them involved in civic engagement activities like volunteering, activism and voting.

Civic engagement is defined as: Working to make a difference in the civic life of your community and developing the combination of knowledge, skills, values and motivation to make that difference. It means promoting the quality of life in a community, through both political and nonpolitical processes.

Civic engagement can be paid or unpaid. It can involve volunteering, political activism, environmentalism, and community and national service.

A UCLA study showed that California teens who volunteer and engage in civic life are healthier and aim higher in education.

Civic engagement helps people feel connected and build stronger communities. Aside from activism, being part of a community can have a positive effect on mental health and emotional wellbeing. Community involvement provides a sense of belonging and social connectedness. It can also offer extra meaning and purpose to everyday life.

Why is it important now? Building a more equitable society means educating and empowering teens and girls to be actively involved in civics and the political process.

Where is it most evident now? Teens are leading the fight on climate change. Many of these young activists are not even old enough to vote. Yet they have marched, protested, held school walkouts, demonstrated and used social media to inform and inspire.

If you take a look at the new leaders of climate activism, they are teenage girls. Environmental activism has a new face. The protesters are young, diverse and overwhelmingly girls.

Something different is happening here. We have a new wave of contention in society that’s being led by women.

The icon of young climate activism is 16 year old Greta Thunberg, who sparked the school strike movement when she began protesting alone outside the Swedish parliament when she was 15 years old.

When the soft spoken teen appeared at New York’s climate rally, the crowd reacted as if she were the headliner of a rock concert. Thousands of school aged kids waited for hours to see her speak and yelled her name in unison as she took the stage.

Greta Thunberg addressed the UN Climate Change Conference, was nominated for the Nobel Peace Prize, was Time Magazine’s Person of the Year and Nature’s 10 in 2019.

Where does STEM play a role? Education!

Governments around the world must take “rapid, far reaching and unprecedented changes in all aspects of society” to avoid disastrous levels of global warming, says a report from the global scientific authority on climate change, IPCC.

These are global issues that start with a local solution. Armed with quality and informed STEM learning we can work together to make a difference.