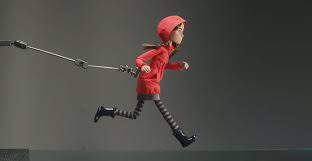 Next up Stop Motion!

What do we mean by Stop Motion? Stop Motion is a filming technique where pictures are taken as objects are moved in small increments. To make it work you place an object in front of a camera and snap a pic. You then move the object a tiny bit and snap another photo. When the pictures are put together, it makes the objects appear to be moving.

Did you know that there are 24 – 30 frames per second in a Stop Motion animated cartoon. When we do the math for a 3 minute Stop Motion cartoon there are 4320 – 5400 frames. That’s just for 3 minutes!

Some examples of Stop Motion Movies are Coraline, Nightmare Before Christmas, Fantastic Mr Fox. Are all Stop Motion characters clay or claymation? The characters can be anything. It’s the process that makes it Stop Motion.

To go offline make a flip book with index cards and a binder clip. Instructables has great step by step instructions.